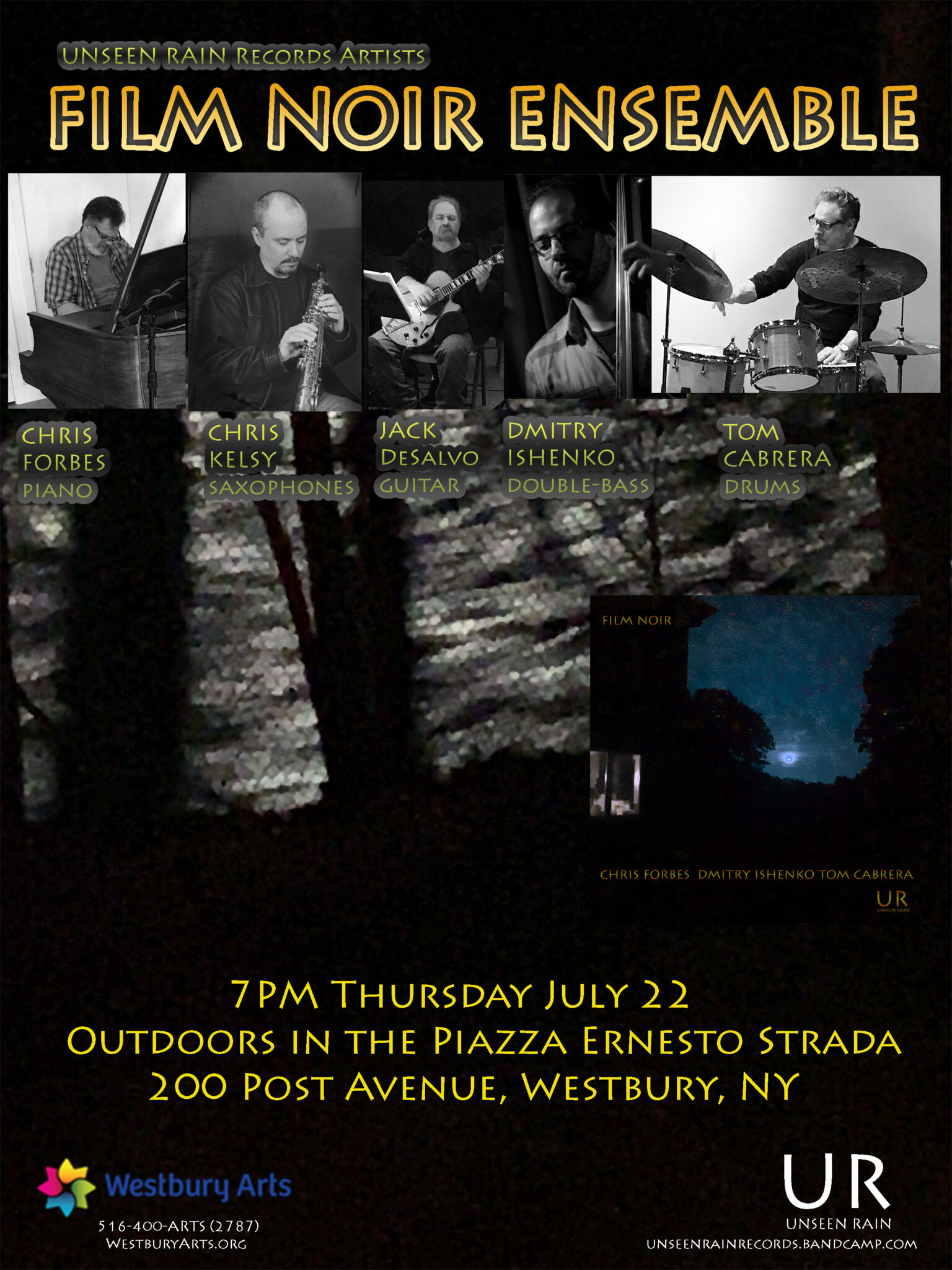 New York City based pianist/composer Chris Forbes has been a lifelong fan of great film music. From David Raksin to Bernard Herrman to Alex North to Jerry Goldsmith, he’s been taken by the ability of music to manipulate mood and drama in any good film…and in fact sometimes make a film much better than it has a right to be.

Unseen Rain Records release, “Film Noir” started as a trio project for Forbes, drummer, Tom Cabrera and double bassist, Dmitri Ishenko. Forbes’ one rule on repertoire was that every song had to appear in a film of the classic era, roughly 1932 (The Mummy to 1976 (Taxi Driver). The concept was to create, using these songs and film scores, a score to an imaginary movie. The trio treated the tunes rather freely, using elements of free jazz and expressionist music to simulate the worlds of great Noir films.

For this concert they will expand the concept a little more with the addition of guitarist, Jack de Salvo and multi-reed man, Chris Kelsey. Both are fine musicians who will bring their own creative point of view to the project. Prepare to be taken on a journey through the shadows of classic Film Noir!