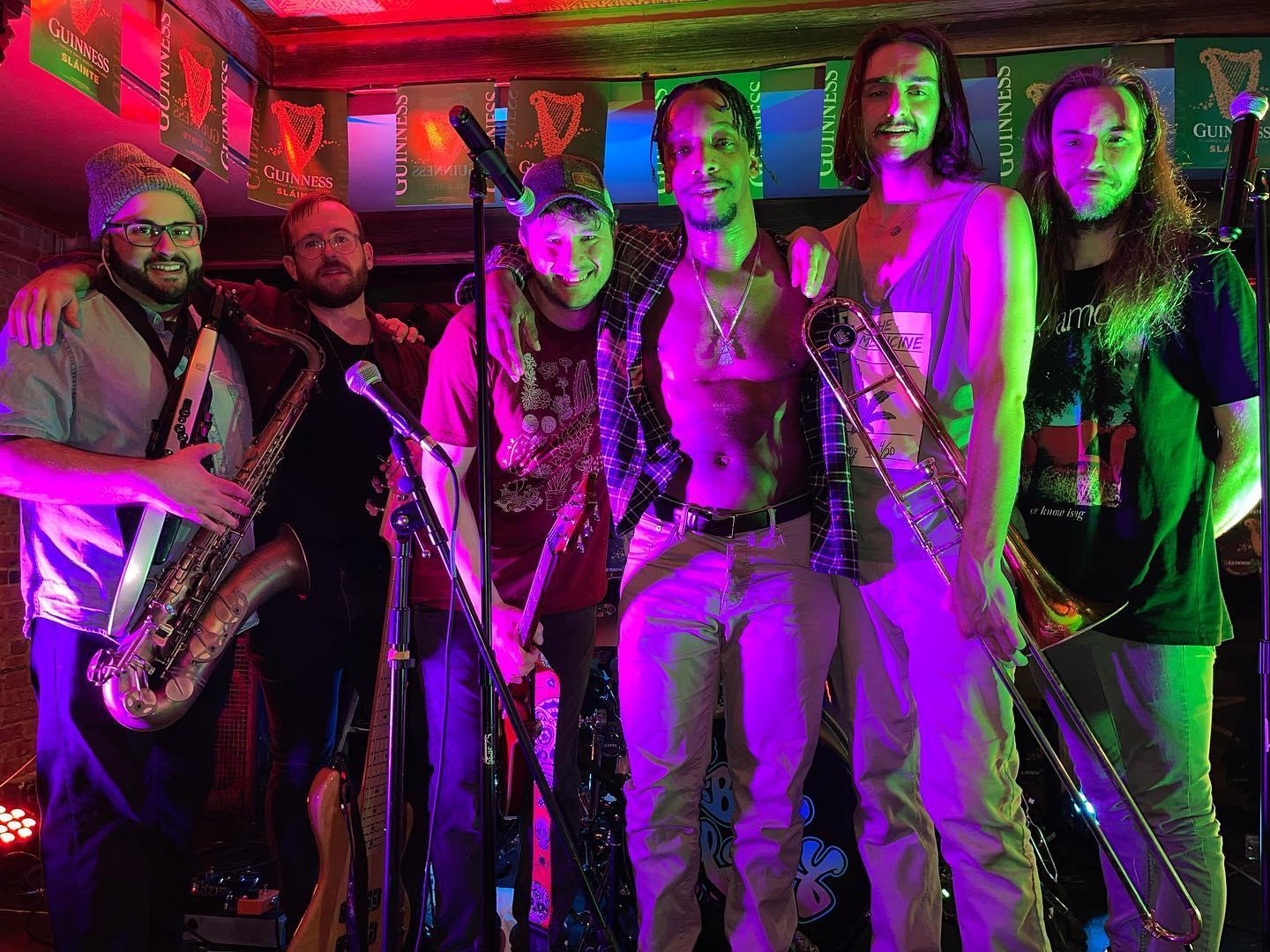 Nonstop to Cairo is a unique blend of ska, hip-hop and funk..
About this event
Five years after their debut full-length Dabble Heavy, Nonstop To Cairo return with their sophomore offering KAI, which once again showcases the Long Island outfit’s irresistible blend of rock, rap, ska, funk, and punk. After years of tearing the roof off of joints with their electrifying live show, KAI captures Nonstop To Cairo’s irrepressible onstage energy while also adding a touch of polish, resulting in a listening experience that’s as inviting as it is invigorating. And, as KAI’s glorious eruption of sound shows, the band has grown ever more fluent in its mélange of styles.
This time, Nonstop To Cairo ease their way from bracing punk (album opener “Awkward Situations”) to smooth-sailing reggae (“Throw It Away”) to jazz-inflected funk (“Pope Funk”) to classic rock (“Hand of Fate”), to heartfelt, blues balladry driven by horns and organ (“Not Today”), etc. Where hairpin turns from one genre to the next were once part of the thrill, the band now glides with agility and grace, as if all of its influences have finally gelled into a seamless whole and a signature style that it can claim as its own.
One gets a sense of warm nostalgia not unlike what American Graffiti communicated to an entire generation fifty years ago—yes, KAI has the power and reach to speak to that wide of an audience. In the best sense of the term, Nonstop To Cairo makes music that’s built to belong to everyone.