The June 29 event featured an outdoor painting class and performance by The Hoodoo Loungers.

Westbury Arts kicked off its 2017 Summer Arts & Concert Series with a Mardi Gras themed event featuring an outdoor painting class and a concert by The Hoodoo Loungers. The jazz filled evening took place on Thursday, June 29 at 7:00 PM in the Piazza Ernesto Strada, located on the corner of Post Ave and Maple Ave in downtown Westbury. It was the first in a series of 11 events slated to take place in the Village of Westbury this summer.

Artist/Instructor Patty Eljaiek was on hand to guide attendees through an interactive “paint to the music” experience. For just a $20 donation ($15 for Westbury Arts members), attendees were given access to an easel, canvas, paint, and apron. At the end of the evening, participants were able to take home their own masterpiece. Artists who had their own supplies were invited to bring their easels and join the fun at no cost. 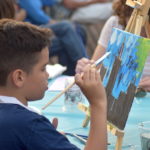 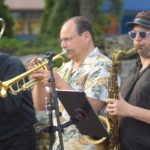 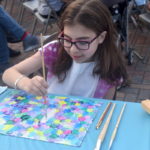 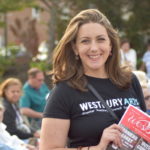 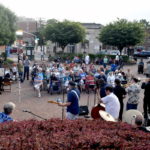 The next concert, Tango Night, will take place on Thursday, July 6. Check out our full list of events for more information. 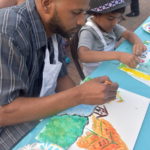 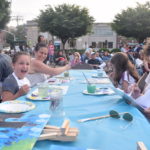 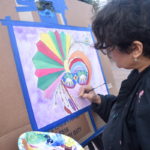 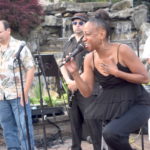 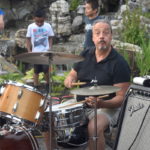 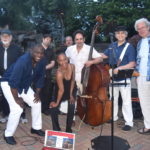