Josephine Baker was born on June 3, 1906 in St. Louis, Missouri. It is believed that her parents were Carrie McDonald and Eddie Carson. However, there is much confusion and mystery around the identity of her biological father. Carrie and Eddie had a singing and dancing act that they would often include a young Josephine in. This early exposure to the entertainment world influenced her to become a performer in later years. Baker was extremely poor as a child and didn’t receive much education. She had to work many different jobs, including street dancing. 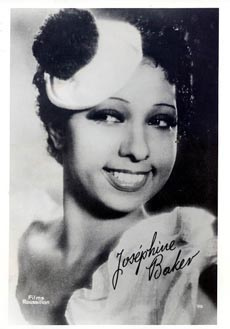 By 1919, she was touring the United States with the Jones Family Band and the Dixie Steppers where she performed various comedy skits. In 1925, at the age of 19, Baker decided to leave America and go to Paris, France. She stated, “One day I realized I was living in a country where I was afraid to be black. It was only a country for white people. Not black. So I left. I had been suffocating in the United States…. A lot of us left, not because we wanted to leave, but because we couldn’t stand it anymore…. I felt liberated in Paris.”

In Paris, Baker became an instant star. She performed in La Revue Nègre, Danse Sauvage, and Folie du Jour. Within a few years, Baker was the one of the most well known and highest paid performers in Europe.

She soon began to branch out into different forms of performing. In the 1930s she began to sing and starred in various films, including: Siren of the Tropics, Princesse Tam Tam, and Fausse Alerte.

During World War II Baker aided the French by relaying information she picked up from parties she would be performing at for high ranking officials of the German and Japanese armies. Baker received both the Croix de Guerre and the Legion of Honour, two of France’s highest military honors, for her service. 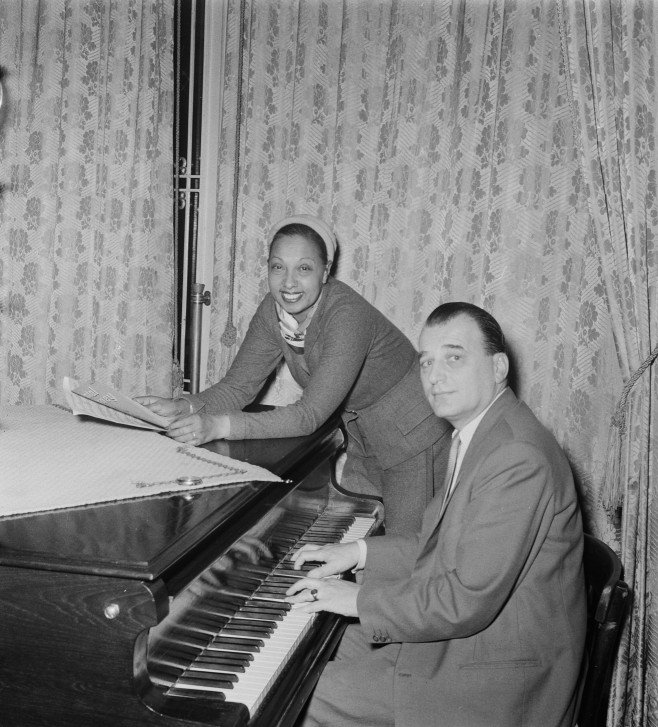 After the war ended, Baker frequently visited the United States. She toured the country and was finally appreciated for her talents and ability rather than ridiculed as she had been in the past. Aside from performing, Baker spent most of her time in the US fighting racism and segregation with the Civil Rights Movement.