The July 27 event featured a collaborative art project and a free outdoor concert by The North Shore Pops Concert Band.

Westbury Arts continued its 2017 Summer Arts & Concert Series with “An Evening with the Pops,” featuring a collaborative art activity and a concert by The North Shore Pops Concert Band. This fun-filled evening took place on Thursday, July 27 at 7:00 PM in the Piazza Ernesto Strada, located on the corner of Post Ave and Maple Ave in downtown Westbury. 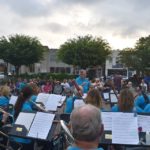 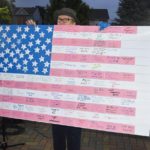 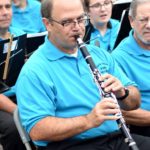 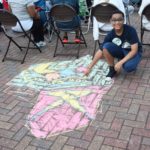 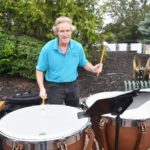 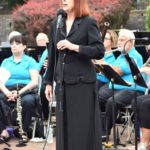 Artists of all ages and levels of experience were invited to collaborate in the creation of a single work of art with a community spirit. Under the guidance of an instructor, participants created a piece that represents our artistic spirits and shared experience. The resulting work will be prominently displayed in the community.